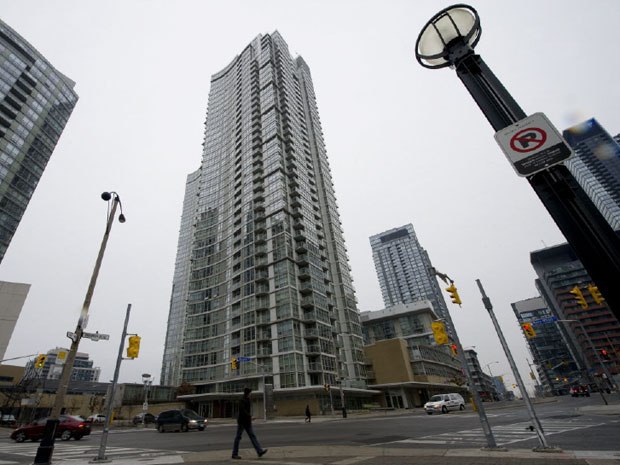 Foreign buyers are trying to move their money to a safer spot for capital preservation. They are looking for hard assets and the condo sector has a track record of increasing prices. The bad news for China’s real estate market could be good news for Canada’s condominium market.

A crackdown on real estate ownership in the world’s most populous county might translate into Chinese citizens looking to move more of their money abroad, with Canada a leading destination.

“Absolutely it will have a positive impact [on the condo sector],” said Benjamin Tal, deputy chief economist with CIBC World Markets. “If it’s softening now, it will soften less rapidly than otherwise. This is a positive move because some of the money will find its way to Canada.”

The Shanghai Stock Exchange Property Index was off as much as 9.3% following news of the crackdown Monday, which will include increasing down payment requirements on second-home mortgages and tougher implementation of a 20% capital gains tax on property sales.

The country’s two largest condo markets — Vancouver and Toronto — can probably use a boost. RealNet Canada Inc. reported last month that new home high-rise sales across the Greater Toronto Area dropped to 686 in January from 744 a year earlier and 1099 in 2011. There has been less pressure on values with the group’s index showing only a 2% increases in condo prices from a year ago on a square foot basis.

In Vancouver, the real estate board for the metro area said Monday that sales for existing apartment properties were down 25.5% in February from a year earlier. Prices were also down 3% in that asset class from a year ago.

Ben Myers, vice-president of Urbanation Inc., which does research on the condo sector in Toronto, said the impact of foreign investors remains unclear.

“A lot of foreign investment comes through a subsidiary so there is no way to figure it exactly out,” said Mr. Myers.

By his firm’s estimates, only about 10% to 15% of investors come from abroad and only about 5% of those people have their name on the direct purchase of sale.

“It’s a small amount,” said Mr. Myers about the number of people who might come from China to invest.

Even at a small amount, those people would be welcome in the condo sector, given sales are not quite as robust as past years.

Realtor and developer Brad Lamb says every time there is a crackdown abroad, it’s good for the Canadian market.

“Foreign buyers are trying to move their money to a safer spot for capital preservation. We see that a lot from more politically risky countries,” said Mr. Lamb. “They are looking for hard assets and the condo sector has a track record of increasing prices.”

While Mr. Myers speculated that tighter rules out of China could be bad for the Canadian real estate market if the Chinese government restricts money leaving the country, Mr. Lamb said that might mean foreign buyers are unlikely to sell here.

“There is no way in the world they are going to bring the money back,” said Mr. Lamb. “They’ve done that as a safe haven. You have money in Toronto, you leave it here.”

He said one of the methods of bringing cash into Canada via real estate is to have a student going to school here. Other times, the money is transferred to relatives.

“What makes it attractive is the scale here. We are talking $300,000 to $400,000 condos. There are few places in world you can buy that in that price range and have someone run it,” said Mr. Lamb. “It’s much harder to bring money into other countries. We have a very easy and open pipeline of Chinese money.”