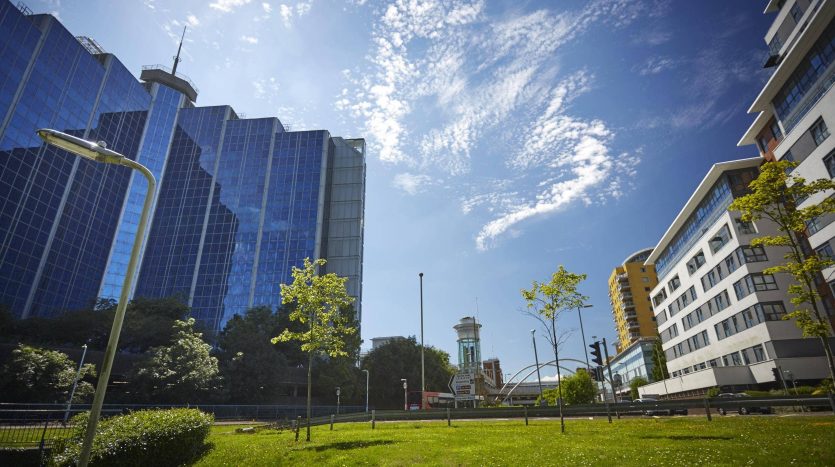 Overseas investors are snapping up properties in Canada’s largest cities, driving up prices and pushing ordinary Canadians out of the housing market, observers say.

Real estate experts call it the “new reality,” and the high price paid for a north Toronto bungalow is the latest evidence.

This month, the three-bedroom bungalow, circa the 1960s and without much updating, sold for $421,800 over the asking price, creating a buzz among agents and other buyers.

The winning bid of $1,180,800 came from a university student whose parents live in China and own a business in San Francisco. There were four other bids of more than $1 million.

“There’s a lot of anger among Canadians who earn money here that they’ve been priced out of the market. There is some degree of anxiety about how people are going to compete with these hyper-inflated prices.”

Adelson declined to discuss the specifics of the Willowdale deal, citing client confidentiality.

The strong reaction to the price likely stems from how it changes the vision of affordability for average Canadians, he said.

Property markets in other large cities, such as Vancouver and Calgary, are undergoing similar pricing shocks, he said.

“We’re looking at this through a prism of our expectations growing up in Canada in the 1950s, ’60s and ’70s, when part of the Canadian dream was that you would own your own single-family home,” Hlinka said. “But as Canada matures, we’re going to be looking at a new reality, where that may be out of reach. And I don’t think you can turn back the clock.”

Brad Lamb says people who live in downtown Toronto will have to be rich or settle for condos. (Brad Lamb Real Estate)Toronto real estate mogul Brad Lamb said Canadians’ home-buying expectations have to change, but he doesn’t believe that overseas investors are to blame.

The scarcity of the product — in this case, single detached homes — is key, he said. And as the Toronto population grows and land available for new houses becomes scarce, the competition for these homes will become even more intense.

Condos are the alternative. Already, they’re the norm for families wanting to live in the central cores of cities such as New York and Chicago, said Lamb, who is a condo developer.

“It’s an illusion for people to think they can live in downtown Toronto in a detached home and not be wealthy,” Lamb said. “Ordinary people can’t live in central London or central Paris or central New York.

“If you want to live in central Toronto, you’re going to have to live in a condo or be a millionaire. That’s the reality. … It’s not a bad thing. It’s the way cities evolve.”

Unlike in the U.S., the Canadian government does not keep track of the number of properties bought by non-residents.

“I’d love to have those numbers but we don’t keep them. You’d have to ask the government of Canada why not,” said Cameron Muir, chief economist of the British Columbia Real Estate Association.

However, through analysis and digging up proxies, he said only about two per cent of home sales in Metro Vancouver are to non-resident buyers.

“This idea that we have this rampant foreign ownership going on and this horde of Chinese investors coming over is a little bit of an urban myth.”

Muir said there may be some confusion in the public’s mind about who is a foreign investor and who is actually a landed immigrant.

He points out that prior to December 2010, investor class immigrants were admitted to Canada provided they could show a net worth of at least $800,000 and deposit another $400,000 with the federal government, which they would get back (interest-free) after five years.

Many of those immigrants are now getting their deposits back, said Muir, adding that B.C. gets over half of all such immigrants to Canada.

“Half a billion dollars is coming back into the pockets of investors and anecdotally you’re probably seeing that money being invested into real estate.”

Inflated prices, such as the price fetched by the Willowdale bungalow, do make it difficult for ordinary Canadians to get into the market, no matter who buys the house, said Steve Matthews, a Re/Max agent in north Toronto.

“It skews the market. How does Joe Normal compete with that” [price], said Matthews.

“Now, the person who lives next door and the person who lives down the street think they should get that price, too. It also generates resentment because it makes it tougher for everyone — buyers, agents, banks — so there is a ripple effect that goes beyond the immediate sale.”

As more people get exposure to Canada as an offshoot of globalization, the overseas investor market will rise, Hlinka said. As an instructor at George Brown College in Toronto, he has seen an explosion in the number of foreign students.

“When their parents come to visit, they get an idea of what real estate costs here, and they can’t believe how cheap it is. They want to buy because they think it’s a bargain.”

In addition to China, investors pouring money into real estate are flocking to Canada from the Middle East, Korea, Russia, India and the Philippines as well, said Tony Ma, who owns HomeLife Landmark Realty in Markham.

Tony Ma, owner of HomeLife Landmark realty, says buyers from China find Canadian housing prices low, compared with what they pay at home. (Tony Ma)About 65 per cent of Ma’s agents are Chinese and the bulk of his business comes from Chinese clients. Most are new immigrants to Canada, but about 20 per cent are foreign investors, including parents overseas who buy on behalf of their children studying in this country.

Fewer than five per cent are pure investors with no ties to Canada, said Ma, a former neurosurgeon who moved to Toronto from Zhengzhou, China, in 1998.

“Most of our buyers are part of Canadian culture. I don’t think they are going to push local Canadian people out of the market. When immigrants come to Canada today, they have money, not like when I came to Canada 20 years ago. I didn’t have money.”

Last year, buoyed by his strong ties to the mainland China market, Ma’s agency sold 263 homes priced at more than $1 million, with about 40 per cent of those being all-cash deals with no conditions attached.

Canada’s stable government and banking system and the relatively low prices draw investors, he said, pointing out that while condos in downtown Toronto can sell for $800 per square foot, in Beijing, the price is $2,000 per square foot and in Hong Kong it’s double that.

Moreover, to control prices, the Chinese government allows each family there to bank finance only two properties — one to live in and one to invest in — and buyers must pay 100 per cent cash for anything above the two-property limit, Ma said.

Not only are prices in Canada more affordable, homes and condos are a better value proposition, since they come ready to move into, unlike in China, where buyers get a concrete shell they have to pay to finish, he said.

“So they see an $8 million house here, they see the quality, they see the finishes and they think it’s cheap,” Ma said. “They can move in today.”

Vancouver tops the list with Chinese investors because of the city’s temperate climate and proximity to their homeland, he added.

“They have driven prices up,” she said. “Whenever we launch a new condo downtown we get a number of Hong Kong investors and a lot of people coming over from England. People want to put their money in Canadian real estate because they think it’s safe.”

Sinclair recently dealt with a Hong Kong investor representing a dozen buyers, who happened to be family members from back home. They snapped up units in a new waterfront condo building and are now interested in another project in the Beaches.

She also recently sold a penthouse condo in downtown Toronto to Swiss investors for $1.25 million.

“They didn’t bat an eye at the price. They said in comparison to what they pay in Switzerland, these prices are nothing. Our prices are not scaring them at all.”

The Willowdale buyer who paid the premium price is stinging from the negative reaction to the sale and declined to be interviewed.

Adelson said the Yonge Street corridor between Highway 401 and Finch Avenue is in demand because of the subway and its proximity to York University and Seneca College. Along with a thriving retail strip and a planned new Whole Foods, 10 new condominium projects are in the works.

The area is a magnet for certain ethnic groups, including people from the Middle East and China, Adelson said.

“It’s a cultural thing. Their communities are already there. If you go down to the Danforth, their stores are not there, so that’s not as attractive a location for them.”

The area is also rife with redevelopment as builders tear down older homes and replace them with monster houses or two smaller units.

That’s just what a buyer from China, who recently bought a tear-down bungalow in the area for $720,000, plans to do, said Al Sinclair, the Hallmark Realty sales representative who sold him the property.

The buyer became familiar with the area through visiting his daughter, a doctor who lives there. He plans to rent out the house for two years until his building plans are approved, then tear it down and build several townhouse units.

Only pockets of Toronto are of interest to overseas investors, including North York and the downtown core and not areas like Leslieville in the east end, Adelson said. Although that neighbourhood is considererd hot and the property values are rising, it has not experienced the overheated bidding wars seen farther north.