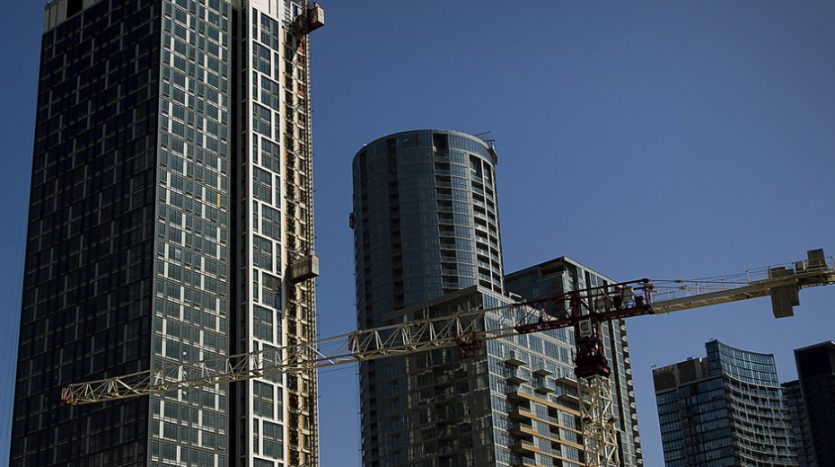 The percentage of unsold condominiums in Toronto’s housing market continues to rise but the market remains strong by historical standards, according to a new survey.

Urbanation Inc., one of the leading research companies in the condo industry, said overall the Toronto census metropolitan area was 79% sold in the fourth quarter of 2012, down from 80% a quarter earlier and 82% a year earlier. It is above the 10-year average of 78%.

“Despite concerns over the level of unsold supply in the new condominium market, the ratio of sold to unsold units has consistently been above the long-run average in recent years,” said Ben Myers, executive vice president of Urbanation, in a release. “There remains confusion over unsold supply and standing inventory, to clarify, at the end of Q4-2012 there were just 613 completed and unsold new condominium apartment suites in the Toronto CMA — some would be rented out by the developer, some used for construction offices, and others used as model suites for subsequent phases, effectively lowering this standing inventory figure even farther.”

There is still a large amount of condo construction in the pipeline based on the fact there were 355 active developments in 2012 with 56,866 under construction.

Urbanation downplayed the idea that there is overbuilding in the Toronto market, citing a survey of builders.

Resale activity in the condo market was down 14% in the fourth quarter for the lowest quarterly level in a decade but Urbanation said it was due to a lack of listing. Just 3.2% of the resale condos it tracks were listed for sale in the quarter.

“Many investors chose to hold and rent their units in 2012 rather than sell them into uncertain market conditions,” said Mr. Myers. “This is contrary to the theory that condominium unit holders will panic and sell their suites at significant discounts during a softening market