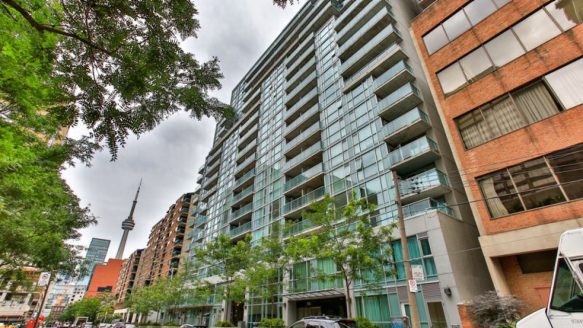 Why 2013 has been a good year for GTA housing

Last December, many pundits were predicting a big housing slowdown in the GTA as an oversupply of condos in particular, rising interest rates and slowing demand put a dent in sales and prices.

My view was different. I expected the market to stay strong and prices to hold up — which is what has happened.

Average prices are also almost 5 per cent higher than a year ago and there are still bidding wars in many areas, because there are more buyers than listings.

Here’s why this is happening:

1. Low interest rates: Events such as the U.S. “fiscal cliff” crisis, civil war in Syria and instability in the Middle East, have had little impact here. Canada remains an island of stability. Things will only improve as economies in the U.S. and European Union continue to improve. Interest rates may rise a little over the coming year, but the moves are unlikely to have a serious impact on the market.

2. Canada’s appeal to immigrants: We continue to be the envy of the world when it comes to quality of life and the fact that so many cultures and communities can live in harmony. That is why more than 150,000 people come to Ontario each year, with the majority to the GTA. They have to live somewhere.

3. Low rental vacancy rates: The Toronto condo market has slowed somewhat, but prices haven’t crashed. The reason is that the vacancy rate for rental condominium units in downtown Toronto is 1.7 per cent. As a result, the average rent for a two-bedroom condominium is about $2,500, which is also the amount an investor needs to carry an average two-bedroom condominium, even if it costs $500,000. If you can carry your condo, you are in no rush to sell or lower your asking price.

Things could get better with a few changes to rules and regulations:

The tighter mortgage rules announced by Ottawa a year ago mean fewer people are qualifying for new homes. Those who do qualify are much less likely to default on their mortgages. This means the CMHC is making more money because it is paying out fewer claims. Why not pass on some of these savings to buyers with lower premiums?

Some sellers who sell homes by themselves are refusing to pay any commission at all — even to the buyer’s real estate agent — believing they can make more money that way. The commission can exceed several thousand dollars on a typical sale.

What these sellers don’t factor in is the fact that the buyers will then have to pay their agent themselves, meaning they’ll offer less money to buy the home.

People have been predicting the real estate market crash in the GTA for the past 13 years. It hasn’t happened yet and won’t happen next year either.

More of the same for 2014. According to realtor and developer Brad Lamb
Is this the start of a condo comeback in Toronto?